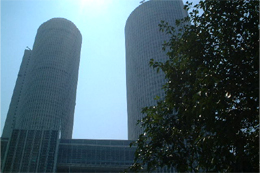 The area around Nagoya station is host to many offices, restaurants and popular places to shop, including the Takashimaya department store and Tokyu Hands. Domestic travel is made easy here as you can jump on the bullet train from Nagoya station and reach almost all areas of the country in just a few hours. 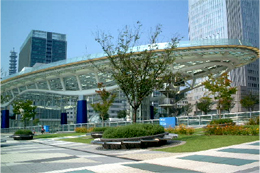 Sakae is essentially Nagoya’s city center in everything but name and is one of the busiest parts of town. It is famous for its vibrancy, drawing people from all over the region on weekends. By day the area is a hub of people shopping in the various department stores while at night the area hums with the energy of an active dance club scene, pumping out everything from hip hop to trance to techno and even Korean pop.

Read our Guide to Sakae

Fushimi, which is one stop east of Nagoya Station, is to Nagoya what Roppongi is to Tokyo and is a center for business boasting some of the city’s best known museums, restaurants and ex-pat bars.

Yaba-cho tends to be more of a shopping district, though dining options are ample as well. Accommodation in central Naka-ku is almost exclusively limited to apartments which can be quite expensive and smaller than you are likely to find elsewhere. However, those who value convenience and want a bit more nightlife will probably find it is worth the trade-off and there are quite a few executive housing options.

Osu, one stop from Fushimi on the Tsuramai line, has an atmosphere similar to Tokyo’s Harajuku, with aging hippies happily rubbing shoulders with teenage cosplayers; though without quite so much of the self-referential pretension of it’s capital city counterpart.

While the green areas are rather limited and unspectacular in Naka-ku, unsusualy for a city center they are relatively numerous. Running through the center of Sakae there are a string of narrow parks that begin at Yabacho in the south, and travel all the way up to the impressive Nagoya Castle in the north, some of which hold large events on weekends. Shirakawa Park in Fushimi is a popular area for kite flying and ball games, and is conveniently located near various tourist areas of interest.

In regards to shopping, if Naka-ku doesn’t have it, you don’t want it. The areas of Sakae and Yaba-cho boast many trendy places to shop, as well as upscale boutiques and the “3M” department stores (Mitsukoshi, Matsuzakaya and Maruei), and plus many international stores ranging from GAP to H&M to Apple. In Osu things are a little more off-the-wall and eclectic with a covered shopping arcade that has been running for some 400 years and currently has something in the region of 1200 stores, ranging from kimono shops that have stood for generations to brand new electronics stores selling top of the range goods.

No matter your eating-out needs you are absolutely spoiled for choice, particularly in the Sakae and Fushimi areas. Whether you want small and homely or big and extravagant, you will find it all here. Sakae is probably your go-to for the famed Nagoyan foods as well as all kinds of international cuisines, and in Fushimi you will find many tastes of home in the ex-pat bars that proliferate the area.

The nightlife around Sakae is perhaps the best in the city. Bars, clubs, restaurants, it’s all there. Friday and Saturday nights see the busiest periods, and you can usually find some big event going on every week. Much of the nightlife around Fushimi focuses on the ex-pat bars, and the areas of Osu and Yaba-cho are a little quieter. But really you should not need to look any further than Sakae or Fushimi for fun.

Naka-ku is home to two of Nagoya’s most recognizable icons: Nagoya Castle and Nagoya Tower. The former, in the north of the ward, is a faithful replica of the original built in 1610 but destroyed during WW2, and is a major tourist draw. The latter is to be found in Sakae, and there are observation decks from which you can look out over much of the surrounding area. Both are so famous that they have been destroyed during battles in the Godzilla movies.

Most of the major museums and art galleries can be found in the area, including the Nagoya City Art Museum, The Nagoya/Boston Museum of Fine Art, the seventeen storied Aichi Arts Center, and the Nagoya City Science Museum, home to the world’s largest planetarium.

And in Osu you can also find one of the city’s most recognizable religious sites, Osu Kannon, a Buddhist temple that was built in 1333.

See listings for properties available now for rent in Naka Ku on JapanHomeSearch.com ***link***  by clicking this link (it will return only Nishi-Ku results), or browse the Nagoya Housing Cost Survey data below, which will give you a snapshot of what sort of expat housing is available in the area.